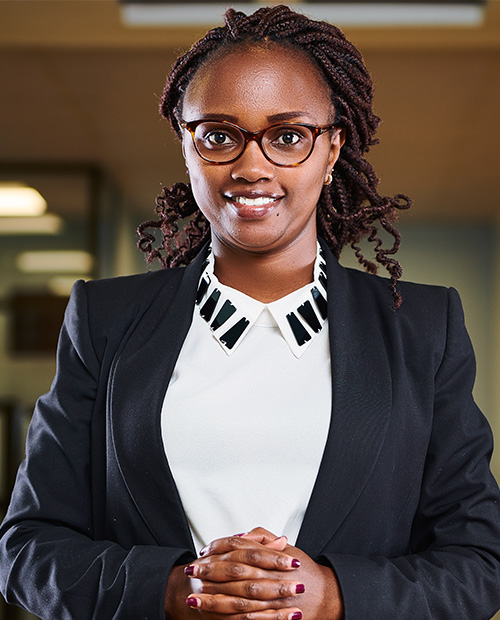 Monicah is an associate who specializes in Conveyancing and Bank Securities. She holds an LL. B Degree with honors from the Catholic University of Eastern Africa and a Diploma in Law from the Kenya School of Law.

Monicah undertook her pupillage at the firm of Mamicha & Co Advocates in the year, 2014. She was admitted to the bar in the year 2015 and has been with the said firm to date.On the professional front, she has served as a member of the Law Society of Kenya.

She had previously interned at the Kenya Law Reports, where she proof-read statutes, researched on new laws and ensured all amendments were well captured and inserted in statutes. Monicah also acts for more than twelve financial institutions and conducts due diligence on properties on their behalf and also prepares security documents; including charges, debenture and guarantees and ensures the said documents are properly registered at the land registry and/or Companies registry.